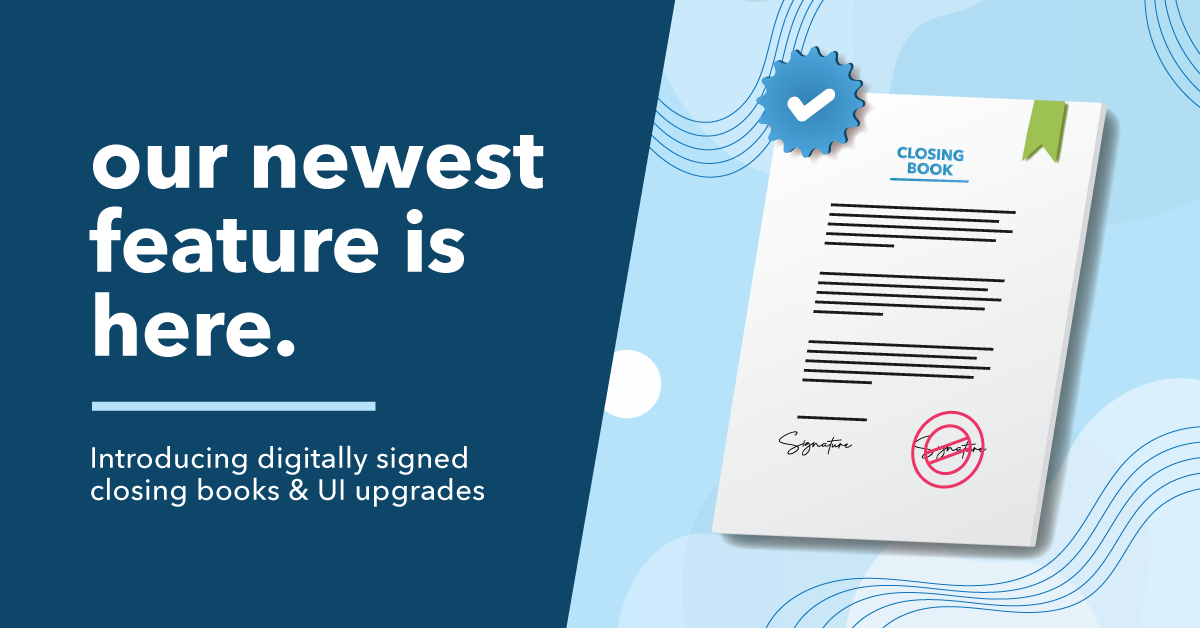 Introducing an upgraded User Interface (UI) and Digitally Signed Closing Books. This update lays the foundations for future major updates, some of which are coming very soon. We’ll be sending out another feature update in the coming weeks.

As you’ve requested, we’re moving away from a checklist-centered view to a project-centered view within our user interface, facilitating a more seamless user experience. You’ll notice when you log in that your projects now have tabs at the top of the screen—this is the Tab Bar. These tabs will allow you to access commonly used dealcloser functions quickly from the Tab Bar, with less clicks, and will make working within a project more efficient.

As time goes on, we’ll be adding more tabs to the Tab Bar with additional features to make working in dealcloser even more intuitive.

Please note that the “Manage People on Project” and “Export Closing Book” buttons are now tabs in the Tab Bar.

When a digitally signed closing book is downloaded and opened in Adobe Acrobat and the tamper-evident seal is present, you’ll have assurance that no one has altered the original closing book and that the closing book has not been not forged.

This feature ties nicely into our next feature release that’s coming in the next few weeks, which is the ability to digitally sign individual documents and append a Certificate of Record to such digitally signed documents.